What’s in store for the 2016 tax season? While we don’t have a crystal ball that sees into the future, we 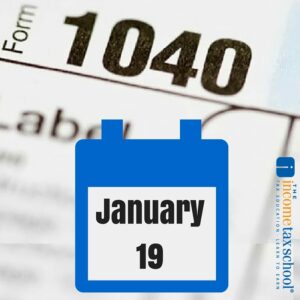 have been following IRS updates, tax industry news, and other sources that can paint a pretty good picture of what tax professionals will face this tax season. Here are some things to expect.

Tax preparers need to prepare themselves and their clients for the changes to the Affordable Care Act this tax season. For individuals who received the Premium Tax Credit, if their 2015 income turns out to be higher than 2014, they might have to pay back some of the premium tax credits they received.

There will also be an increase in the shared responsibility payment for individuals. The penalty this year for not having insurance will be the greater of 2% of the household income above the filing threshold or a flat dollar amount of $325 per adult. While it will not be up to you as a tax professional to calculate that penalty, you will need to get in front of clients so that they know to expect it.

An increase in forms is also on the horizon for individuals. Taxpayers can expect to fill out Form 1095-A, 1095-B and/or 1095-C in order to fulfill reporting requirements.

During the 2015 season, the IRS identified 163,087 tax returns with more than $908.3 million claimed in fraudulent refunds. This is why the IRS has been warning taxpayers and tax professionals for a while about the expected increase in identity theft and tax fraud cases in the coming tax season. The IRS has been proactive about security measures this year and plans to be heavy handed with taxpayer education on protecting identity.

Some new security measures to to expect are:

Let’s just go ahead and say there will be more paperwork required to fight identity theft this year.

Expect slow service from the IRS

The IRS is already under budget constraints (what’s new?). In addition to low staffing levels, the IRS will have to enforce the ACA. This means that there will be an increase in self assistance options and longer wait times on the phones.

Finally, new regulations could be imposed upon tax pros in 2016. The Tax Return Preparer Competency Act was introduced by Rep. Diane Black, R-Tenn. and Pat Meehan, R-Pa. It aims to reduce tax preparer fraud. Will it pass? Not without a fight at least. If you remember in 2014 when the IRS introduced the Annual Filing Season Program, the AICPA (The American Institute for Certified Public Accountants) filed a lawsuit that lasted an entire year.

To sum it up: more paperwork, more ACA questions, and less customer service from the IRS. Are you ready for the season? We sure are!