House Conservatives are trying to force a vote to impeach IRS Commissioner John Koskinen. Action on the motion – if the motion for a vote to impeach is passed – could be delayed until September. Today we find out whether that vote will actually happen. The last time Congress impeached an appointed administration official was in 1876.

Who’s behind this and why? 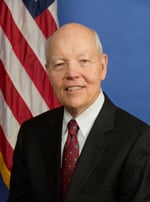 House conservatives have been trying to impeach Commissioner Koskinen for over a year now. They are accusing him of impeding an investigation into whether the IRS improperly targeted conservative nonprofits.

This controversy over the IRS’s scrutiny of conservative groups has been going on for three years – longer than Koskinen has been the IRS Commissioner. The case to impeach Koskinen is over his testimony in 2014, after he had taken over the agency. Koskinen is accused of lying, impeding a congressional investigation and overall gross negligence of the agency.

Back in March of 2014, congressed subpoenaed for “all communications sent or received by Lois Lerner”. Koskinen testified in June of that year that every e-mail had been preserved and nothing had been destroyed. This was not the case. It was uncovered later on in the investigation that IRS employees in West Virginia had magnetically erased 422 backup tapes, which contained approximately 24,000 of Lois Lerner’s e-mails.

Koskinen has since stated that his 2014 testimony was not a lie, nor meant to mislead Congress, but that he was testifying to what he knew at the time. This is not flying with House Republicans who insist that he has lied, mislead, and mismanaged the investigation.

Utah Republican Representative Jason Chaffetz is responsible for filing the resolution to seek impeachment. He says, “Impeachment would be well-deserved… Even if Koskinen didn’t lie intentionally, he should be subject to impeachment for failing to ensure the e-mails were preserved.”

Prior to becoming the IRS Commissioner, John Koskinen was known as a “crisis management specialist”.  He has worked on corporate turnarounds, served at Freddie Mac amid fallout from the 2008 financial crisis, was a former deputy mayor of Washington and a former deputy director of the White House’s Office of Management and Budget, and appointed by President Bill Clinton to chair a task force on the Y2K computer coding shift in 1999.

In 2013, President Barack Obama appointed him to IRS Commissioner because of his “reputation in the public and private sectors as a go-to manager of troubled enterprises.” Since 2013, Koskinen has lead the IRS through some serious budget cuts, a government shut-down, and a major scandal.

So will he be impeached?

We’ll have to wait and see. Politico has an interesting take on the fight for his impeachment. According to Politico, “If House conservatives press ahead with an impeachment of the embattled tax chief, they’d be voting to remove a relatively low-level executive-branch leader for one of the most minor offenses in American history, several impeachment experts told Politico. That decision could, effectively, lower the threshold for congressional punishment of an executive-branch authority from here on out — and ensure a wave of new proceedings against government officials who have tangled with Congress in the past.”