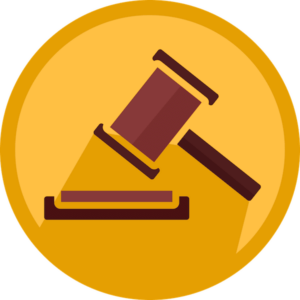 New tax laws here. New tax laws there. Congress seems to be adding tax code provisions and laws to new bills that have nothing to do with taxes. There have been a lot of updates and rulings these past couple of months. Here’s the quick and dirty on some you should know about.

For C Corporations, their new due date is the 15th day of the fourth month after the close of their year.

The due date for the FinCEN Report 114 relating to Report of Foreign Bank and Financial Accounts has been changed to April 15th.

The legality of subsidies for health care plans was challenged and overruled by the Supreme Court in the King Vs. Burell case. This means that Americans who receive subsidies to purchase healthcare plans through healthcare.gov will continue to receive the financial help even if their states have not set-up exchanges.

While this one piece of the ACA was ruled upon, there are other pieces that involve small businesses and their employees that still need to be answered.

Apparently there have been a lot of unsubstantiated Education Credit Claims over the years. For this reason, the IRS is cracking down. The IRS has decided that Form 1098-T is the solution for catching these unsubstantiated claims. The form has always existed, but filling it out was not a requirement. Now it is. In addition, form 1098-T information will have to match up with American Opportunity or Lifetime Learning tax credits claims.

In a nutshell, the IRS will not accept your education credit claims unless you have a valid 1098-T with the info you’re putting on your return. This also means that students will have to wait to file until they receive their Form 1098-T copies.

Statute of Limitations on Audits

You might want to fill clients in on this one. We all know that the statute of limitations on an IRS audit is three years after a return is filed. There’s has been a bit of dispute on an extension of that limitation if gross income on the return is understated by more than 25 percent in the return. Previously, the extension allowed the IRS an extra three years on the limitation (so six years total).

In the Home Concrete case in 2012, the Supreme Court overruled the IRS’s interpretation of the extended limitations period stating that an overstatement of basis constituted an understatement of income sufficient to extend the statute.

Remember that transportation law we mentioned earlier? Congress has added a clause to it that applies to the statute of limitations on audits – specifically the ruling in the Home Concrete case. Section 2005 of the Act, “Clarification of 6-year statute of limitations in case of overstatement of basis,” inserts this additional clause: “An understatement of gross income by reason of an overstatement of unrecovered cost or other basis is an omission from gross income.”

An amendment to that section of the law adds additional information to form 1098 and changes the deadline to report the amount of the outstanding principal on the mortgage at the beginning of the calendar year, the date the mortgage originated, and the address of the property securing the mortgage.

Lots of laws, provisions and amendments to keep up with! Prepare yourself for the upcoming season by taking our Tax Law Updates course before the end of the year.

How to Deal With Your First IRS Audit

Dealing With The IRS On Behalf of Your Clients